The phone call that brought closure 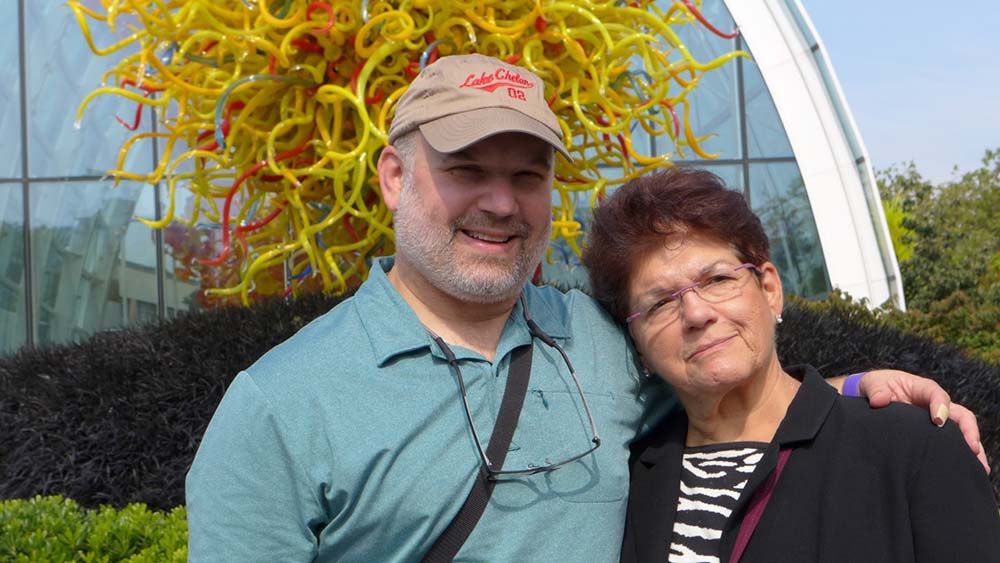 The afternoon of May 20, 2017 I received a phone call from a man who asked for me, and told me his name was Adam. He lived in Seattle, Washington, and he had something personal and confidential to talk with me about.

He told me about his birth certificate and that he believed I was his birthmother.

I couldn’t believe the rush of emotions — fear, happiness, tears, excitement, wonder, relief, and probably more — that I felt on that call.

Before the phone rang that day a year ago, I had feared Adam might reject me for giving him up and not having the courage to keep him. I had felt sadness, mentally called him ‘The One I Let Go’, worried that he might get parents that didn’t love him, that he wasn’t okay. On that call he told me that he was happy I carried him to term and that he had great parents, a good life and wonderful friends. I thought back to conversations with the social worker and I knew I made the right decision for me and him at the time, even though over the years there were pangs of regret.

Adam told me about his journey — when and how he found me, and all the steps he took to get to the point of making the phone call.  I called my wife Mary to the phone, and he got his wife Rachel on the phone, and the four of us talked for well over an hour. Adam said he had looked on Facebook for two months before he called. Rachel explained that they wanted to make sure I would be someone they would want to contact. Guess I was.

We ended that call with promises of further conversations. He mostly called me on Sundays because of work and time constraints – Seattle is three hours behind us here in Ohio. And Adam continues to call. We talked about everyday happenings, families, feelings. My fears of him finding me quickly evaporated. The more we spoke the more I liked him. It sounded like everything I had hoped for him had materialized.

Those frequent conversations worked their way into meeting. Mary and I had planned on driving cross-country within the year to visit friends and family in Washington and Oregon. But Mary said we wouldn’t wait that long. I found round-trip flights for a long September weekend and accepted a gracious invitation to stay with my niece and her husband, who had just built a new home only 25 minutes away from Adam’s home. Could this be any more perfect?

I shared contact info between Adam and my niece, and together they planned a perfect weekend. Mary and I felt so taken care of. We all met for the first time at a wonderful restaurant. Conversation flowed. It felt as though we’d done this hundreds of times before!

That weekend felt like a Hallmark movie. Mary and I have since traveled to Seattle again to celebrate Adam’s birthday for another great weekend, and he and Rachel plan to visit us in Ohio. We both hope to build on our relationship. I wish it could be more frequent, but it will be challenging because of the distance. There’s so much more to talk about. He is just the nicest guy and I feel so proud that he is who he is. His family is wonderful. Rachel’s mom is delightful, her husband charming, Adam’s youngest daughter is sweet and fun.

I look forward to meeting his older daughter, who had just left for her first year in college when I visited. I have a wonderful family and it has just grown. Tears of happiness well up in my eyes when I think of all that has come about from that one, single phone call.

Finally, after decades of wondering, I am at peace.

I was born in April 1966, and adopted in June. My younger sister, younger brother, and I always knew we were adopted. We had a good and busy family life – there was always something going on at home, and I was involved in school and activities. I sometimes wondered about my biological parents, but never tried to find them.

It wasn't until after both of my parents passed away that I started to consider finding my biological parents. When I decided to start looking in late 2016, I was aided by the Ohio law that went into effect on March 20, 2015, opening up the original birth records to adults born from Jan. 1, 1964 to Sept. 18, 1996. I filled in the forms and sent the request to Ohio to obtain my birth certificate and adoption records.

While waiting for my records, I reached out to Traci Onders at Adoption Network Cleveland through their helpline. She answered questions about the process of searching for biological parents, and provided me with some useful resources.

In the spring of 2017, I received the envelope from Ohio that contained my original birth certificate and adoption records. My original middle name, Michael, was the same as my current middle name. I know my mom liked the name, but I also think she probably kept it to honor the person who made the difficult decision to place me for adoption many years ago.

Equipped with my birthmother's name, the magic of the internet, and a little bit of luck, it wasn’t too difficult to identify someone.

When I called in May 2017, I had my version of a script that Traci had suggested to me and read from it: "Hello, is this Charlotte? … Are you in a place where you can talk about something private and personal? … My name is Adam and I live in Seattle, Washington. I was born in April 1966, in Cleveland and placed for adoption. I've been doing some research about my background and my search has lead me to you..."

We spoke for about an hour that day. Charlotte's wife and my wife joined the line. It was a pretty amazing, emotional and surreal conversation. And it went well. It turns out that Charlotte had been trying, unsuccessfully, to find me for some years.

Charlotte and I began to get to know each other by speaking on the phone every week or two and exchanging photos. After a few months, we planned to meet in person. Charlotte and her wife flew to Seattle and stayed with her niece — my cousin! — and we all met at a quiet restaurant. It was a wonderful night, and a wonderful long weekend. We showed them several Seattle sights, and got to know each other better, culminating in a big, slightly extended family dinner. There were more than a dozen of us, and we had wine, shared in cooking and preparations, and talked and laughed. Charlotte later said it seemed like a Hallmark moment, and I agreed.

Charlotte and her wife visited again for my 52nd birthday karaoke party, and it was another special evening. Before blowing out the candles, I was able to relate our story to the 40-some friends and family there, and remarked that this is the second time we've been together on my birthday.

My wife and I will visit my sister and brother and their families in Ohio this summer. But this family visit has a new meaning this year, as we will be extending our stay to make a trip into Cleveland to visit with Charlotte. And I think I will get to meet some more of my new family.

I'm grateful that Charlotte placed me for adoption. It was a difficult decision. I have had a great life so far, and I'm thankful she gave me that chance. I'm thankful she was receptive to kindling a relationship some 50 years down the road. I know that reunions don't always go well, and I'm so happy that ours is working out, and look forward to deepening our relationship in the years ahead.

This story was shared with the permission of both authors. Charlotte is a birthmother from Ohio. Adam is an adoptee from Seattle and a member of Adoption Network Cleveland.