The History of Transracial Adoption 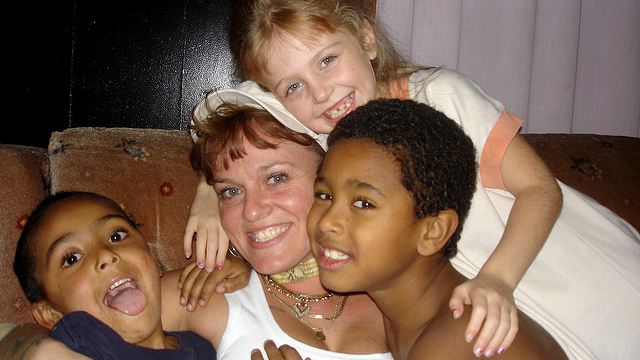 Transracial adoption can be defined as the placement of a child into a family of another racial background. In the United States and Canada, the majority of transracial adoptions involve the placement of a non-white child into a white family. Because of this, the practice has been called everything from "a little revolution" in improving race relations, to "cultural genocide" and another tendril of western colonialism.

To understand how opinions have shifted over the years, let’s look back on the rocky history of transracial adoption.

The placement of black children into white families has been the most common type of interracial adoption in the United States. Prior to World War II, race matching of child to family was standard and interracial adoption was unilaterally against the norms of segregated America, if not the laws. However, two things would lead to a change in these policies. As America transitioned into a postwar economic boom, there was a huge demand for adoptive children, adoptions doubled to 100,000 annually in the decade following 1945. When the U.S. Children’s Bureau began including race in its reporting system, a need for permanent homes for black children in foster care was uncovered. These two factors combined led adoption agencies to begin experimenting with placing children of color into white homes.

In the following decades, preconceived notions that were held by social workers about transracial adoptions would be changed. Between 1960 and 1976, there were more than 12,000 recorded transracial adoptions in the United States. Outcome studies of the times such as Black Children—White Parents: A Study of Transracial Adoption and Far from the Reservation: The Transracial Adoption of American Indian Children would show that the outcomes of these interracial adoptions had positive outcomes, especially compared to when these children would be reared in foster care.

Despite the seemingly positive outlook on these types of adoptions, their rising popularity would be soon snuffed out. In 1972, the National Association of Black Social Workers issued a statement that was a "vehement stand against the placement of black children in white homes for any reason." The organization’s main reasoning for this stance was their agreement that white families are ill-equipped to raise a black child in a racist society, unable to teach them how to deal with racism properly. They also believed that black-white transracial adoptions were done with the benefit of the white family, in mind, rather than for the benefit of the child.

The response to this statement from adoption professionals was a swift reversal of the policies that had been loosened from the 40’s to the 70’s. Both state and private adoption agencies would either release or revise statements that promoted same-race adoptions. In 1973, the influential Child Welfare League of America, the oldest child welfare organization in America, would revise a previous guideline that was tacitly friendly to interracial adoption to one that was strictly pro-race matching.

Presently, while agencies may choose to weigh the race of a child or family as a factor when deciding between placements that are otherwise equally suitable, those that receive federal funds cannot use race or ethnicity as a way to deny or delay matching a child with a family. The Multiethnic Placement Act of 1994 and Interethnic Placement Act of 1996 prohibits agencies from refusing or delaying placement into foster/adoptive homes based on race or ethnicity. However, one major exception to MEPA/IEPA exists: Native American tribes have exclusive jurisdiction over the placement of a child that is a member of the tribe. This right is granted by the Indian Child Welfare Act, enacted in 1978 because of fears that the growing numbers of Native American children placed into white homes would lose their cultural heritage. The ICWA lets tribes choose on a case by case basis what the best interest of the child is, be it placement into a non-Indian home or preserving the child’s connection to the tribe.

This legal right of American Indian tribes may be in danger of evaporating. On Oct. 5, the Indian Child Welfare Act was found to violate the Equal Protection Clause of the Fourteenth Amendment, and thus unconstitutional on the Federal 9th Circuit court. The case will likely be appealed to the Supreme Court, showing us that the debate on transracial adoption is still very much alive today.

Nick Weaver is the Volunteer and Outreach VISTA at Adoption Network Cleveland.