Adoption Network Cleveland is pleased to offer a Monday Evening Speaker Series full of topics that are of interest to a broad audience impacted by adoption, kinship, and foster care.

Our Monday Evening Speaker Series returns on September 20. Stay tuned as we add new presentations to Series 3 of this popular program! 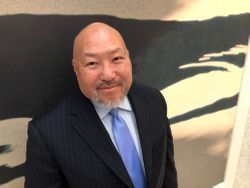 Mark Hagland was born in South Korea in 1960 and raised by American parents of Norwegian and German descent. He has been active in forums around transracial adoption both in person and online, for over two decades. He has contributed to team-written anthologies by adult transracial adoptees, including Parenting As Adoptees, Outsiders Within, and The Unknown Culture Club. Earlier this year, he self-published Extraordinary Journey: The Lifelong Path of the Transracial Adoptee. In his professional life, he is a health care journalist. He lives in Chicago. 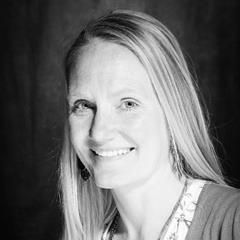 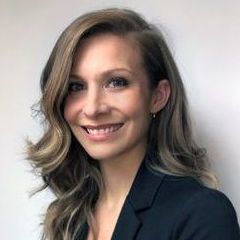 Monday, October 4, 2021,
8:00-9:00 pm ET
"Who will hear me?"
Ohio's campaign for a Youth Ombudsman to investigate abuse experienced by children and teens.

Current and former foster youth have been advocating for years for a Youth Ombudsman to investigate abuse experienced by youth in biological, foster, adoptive, kinship, respite, residential and group home placements.

This presentation will answer:

About the presenters Kim Eckhart and Juliana Barton

Kim Eckhart is the KIDS COUNT Project Manager for the Children's Defense Fund-Ohio, managing the data and research efforts to measure child well-being at the county and district level. Her policy focus is on child welfare and behavioral health, serving as a partner in the Youth Ombudsman Advocacy Campaign and as the Quality Assurance Manager for the Safe Babies Court Teams initiative. Kim graduated from The Ohio State University with a Master's in Economics and previously worked as an analyst for the Ohio Office of Budget and Management and Columbus State Community College, where she still teaches Economics and supports the Scholar Network, a program for students who have been in foster care.

Juliana Barton is a former foster youth and child abuse survivor who grew up in Toledo, Ohio. She is an aspiring physician and outspoken advocate, passionate about improving outcomes for children involved with the child welfare system. As the governmental liaison for ACTION Ohio, she has led and served on numerous panels, presentations, and advocacy campaigns. Juliana is also a member of Governor DeWine’s Advisory Council on Children Services Transformation and the Ohio Department of Medicaid OhioRISE Advisory Committee. 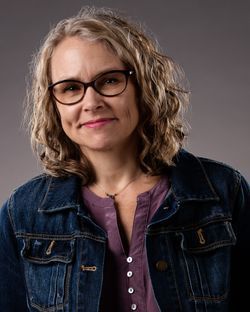 Kim Heikkila was 26 years old when she learned she had an older sister. Kim’s mother had delivered her first daughter at the Salvation Army Booth Memorial Hospital in St. Paul, Minnesota in 1961. She relinquished the baby for adoption, got married a few years later, had two more children, and enjoyed a long career in marketing…all the while keeping the story of her first pregnancy a secret. Then, in 1994, her eldest daughter found her. For the next 15 years, Kim’s mother had all three of her children in her life, and in 2006, became a loving grandmother to Kim’s adopted son. When she died in 2009, Kim realized that she had missed the opportunity to talk to her mother in detail about her experiences as a “Booth girl.” So she set out to learn more about her mother by drawing on her skills as a historian. The result is Booth Girls: Pregnancy, Adoption, and the Secrets We Kept (Minnesota Historical Society Press), a multigenerational story of contested motherhood, equal parts biography, oral history, history, and memoir.

In this talk, Kim will be joined by her sister (also named Kim) as she shares her research into the history of Booth St. Paul and contemplates the complicated legacy of adoption on her family story.

About Dr. Heikkila
Dr. Kim Heikkila is an independent scholar, oral historian, author, and educator. Her article about “Booth girls” won the Solon J. Buck Award for best article of 2017 for Minnesota History magazine. Her award-winning personal essays about infertility, grief, and adoption have been published in Broad!, The Grief Diaries, Under the Gum Tree, and elsewhere. Her first book, Sisterhood of War: Minnesota Women in Vietnam (Minnesota Historical Society Press, 2011), was a finalist for a 2012 Minnesota Book Award. She has a Ph.D. in American Studies from the University of Minnesota and taught U.S. history and women’s history courses for more than ten years at St. Catherine University. Kim owns and operates Spotlight Oral History.

Recordings of previous speakers can be found below for your enjoyment. Thank you to our speakers for their generosity in sharing their time and expertise with Adoption Network and our community.