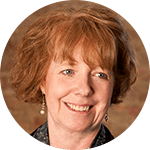 Betsie Norris is the Founder and Executive Director of Adoption Network Cleveland: The Ohio Family Connection.

Betsie is an adoptee who searched for and was reunited with her birthparents and siblings in 1986, when she was in her mid-twenties. She emerged from that experience with strong convictions about the lifelong journey of adoption for all involved, and the need for systemic change. She found Adoption Network Cleveland in 1988, was a volunteer for the first 7 years, and has been the Executive Director since 1995.

With a wide array of programs and services, Adoption Network Cleveland has been recognized nationally as a successful model for effective service and advocacy for members of the adoption community including adoptees, adoptive, foster and kinship families, birthparents and siblings, youth in foster care and related professionals.

Betsie has become a frequent spokesperson in the media and has led the organization to long-term success building innovative programs and having a strong advocacy voice. Major advocacy achievements include leading successful efforts to decrease barriers to permanency for youth lingering in foster care, and changing laws about access to records resulting in Ohio adoptees gaining access to their original birth certificates. Adoption Network Cleveland served as the lead agency of the Adopt Cuyahoga's Kids Initiative, a public-private-philanthropic partnership which was responsible for reducing the number of youth waiting for adoption in Cuyahoga County foster care from 1,700 in 2004 to approximately 500 in 2018. The organization has supported and assisted in thousands of successful adoptee/birthparent, adoptee/sibling and DNA searches and reunions, and has been a leader in supporting families to enhance permanency for children and youth. Over a 25+ year period, Betsie took the lead on legislation to reform Ohio's adoption laws, and as a result all Ohio-born adult adoptees adopted have access to to their original birth certificates, including 400,000 adoptees adopted in Ohio's formerly "closed" period (1964-1996) starting in March 2015. The story of her involvement is highlighted in the short documentary An Adoptee ROARed in Ohio: The Betsie Norris Story by Jean Strauss, which debuted at the Cleveland International Film Festival in 2014. Betsie is co-author of Journeys After Adoption: Understanding the Lifelong Process (Bergin & Garvey, 2002) and her story is featured in several books. Prior to her work in adoption and child welfare, Betsie worked as an RN in child and adolescent psychiatry.