How DNA testing opened the door to my reunion 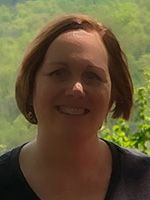 My search journey has been a lifelong quest for knowledge and connection. In many ways, I was privileged to know much more than many of my fellow adoptees. Because my adoption was finalized three weeks before Ohio restricted access, I've had my original birth certificate since 1982. I was able to locate my birthmother, but that initial connection didn't turn out the way I had hoped. She was abundantly clear about her desire for no contact. I wasn't prepared for rejection and it was many years before I came to terms with the impact that rejection had on my life.

That first contact wasn't all negative, though: I was able to make a connection with my mother's sister. Thanks to my aunt, I've had pictures and some knowledge of my birthmother and my family since 1984. This taste of knowledge was a double-edged sword, though. I had photographic evidence of what I was missing: a mother, a brother, and two sisters. One of the comments my aunt made to me was that I reminded her a lot of one of my sisters. That was incredibly painful knowledge to absorb — a sister with whom I shared similarities, but had no idea I existed.

By 2012, DNA testing was becoming affordable and adoptees were actually finding birth parents. I ordered a DNA test kit in hopes of finding my birth father. While I waited on results, I gathered all of the details I had learned about my father, and I found him using only non-identifying information, before the DNA results came back! I was ecstatic – the identity of my father is something I never imagined I would learn – I had always expected that his identity would remain hidden from me.

My father and I met in 2013 and this amazing man opened his heart to me. I also met biological siblings — two brothers and two sisters. Timing was everything, too.  Three years after we first met, I sat by his hospital bed and shared what would be our last conversation. He passed away soon after that last visit.

My search journey was successful by so many standards — I had connected with extended birth family on my mother's side. I'd had at least some connection with my birthmother. I had found and met my birthfather, four brothers and sisters, and extended family. Though I never totally lost hope, I realized it was likely that my mother would never be ready for that connection I so deeply desired. And by honoring her desire for privacy, her other children remained unaware that they had an older sister.

As DNA databases grew, new matches would pop up from time to time, but I never expected that a DNA match would be life-changing. I was wrong. On March 15, 2018, I got an email notification of a new "close family" Ancestry DNA match. I was shocked to see that this new match was my sister, my birthmother's youngest daughter! Before I could absorb this new development, I received a message from my sister asking if I knew how we were connected.

I was astonished and overjoyed about this new development — I wanted to make sure I gave a lot of thought and consideration to how I responded to my sister — and I was almost certain that she had no idea that she had another sister. I contacted Traci Onders at Adoption Network Cleveland to brainstorm the best possible response to my sister's message.

In addition to sharing DNA, my sister and I share curiosity and some incredible sleuthing skills — by the time I got home from work that afternoon, I had another message from my sister. Thanks to Google and some blog posts I had written, she had figured out our connection and confirmed her discovery with our mother. AND, she was thrilled to learn about me!

Thirty-four years after I first learned my birthmother's name, it took a DNA test to bring us together. Soon after connecting with my sister, we arranged to meet at her home. I was greeted at the door by my mother.  After so many years of hoping for this day to come, I was finally looking into the eyes of the woman who gave me life.

It's been five months since that DNA match appeared and I continue to be astounded (and ecstatic) about how much our lives have changed for the better.  My siblings, my mother and I are in contact regularly, getting to know each other better with each text message, conversation and meeting. We share similar interests and mannerisms. In many ways, it feels like we've known each other for a lifetime, yet at the same time, there are so many lost years to make up for.

I've often described the desire for knowledge and connection to my biological roots as completing a puzzle. Since finding my birth father, I've had all of the puzzle pieces; though a few of those pieces were upside down and the puzzle remained incomplete.  I knew those pieces were there and I knew what they looked like, but they weren't connected to the rest of my puzzle. DNA was truly a game-changer and put the rest of the pieces of my puzzle in place.

Becky Drinnen is an adoptee and member of Adoption Network Cleveland from Dayton.