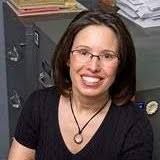 When Kim Donato first came across Adoption Network Cleveland, its grassroots culture made her realize it was a place where she wanted to belong.

For the last 20-plus years, that's precisely what she's done as a member of the organization. An adoptee, Kim was 27 years old when she decided to search for her birthparents.

"I think the 'initial pull' of Adoption Network Cleveland was my desire to locate my birth family," Kim says. "A friend's husband and I decided to search together, and he found a meeting in Cleveland Heights."

That meeting, one of the organization's now-several statewide General Discussion Meetings, was at a public library on the road where Kim grew up.

"It felt like coming home," she said. "We attended our first meeting in November 1996 and met a volunteer named Christine, who immediately recruited us (to volunteer on) Adoption Network Cleveland's Search Committee."

During the next nine months, Kim attended every meeting, read everything she could get her hands on, took part in the organization's events and volunteered in the search program, assisting in searches to help members who lived out of town.

In August 1997, Kim located her birthparents. They reunited that fall, and "have an amazing relationship to this day," she said.

With her search completed, Kim has remained closely connected to Adoption Network Cleveland in a variety of ways. She prepared newsletters for bulk mailing when the offices were located at the Shore Cultural Center in Euclid, painted walls purple when the offices moved to Payne Avenue in Cleveland, helped develop the mission statement, served on the board of directors, led the Membership Committee, sang at the organization's 16-year anniversary, assisted in searches for family for countless members, and has co-facilitated the Summit County General Meeting for the last 20-plus years.

Her advice to potential members is to "get involved, try something new. They'll be thrilled that they did!"