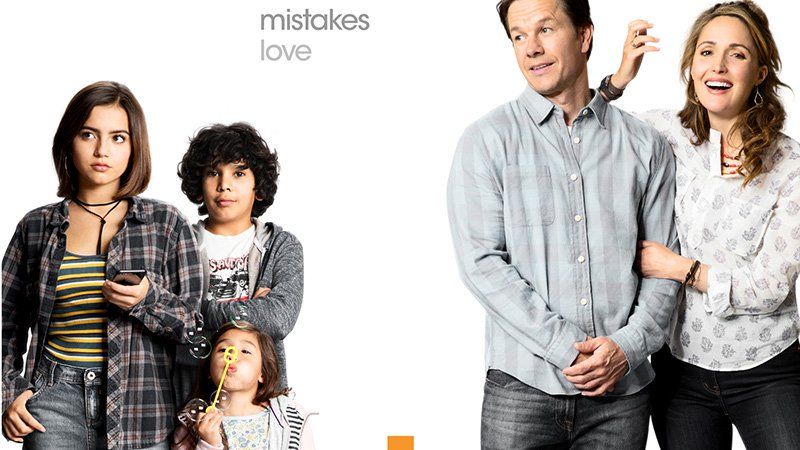 I have to admit I was a bit worried going into the pre-screening of Instant Family. The trailer made me fear the movie was a light-hearted slapstick comedy about a serious topic — the adoption of a sibling group of three out of foster care.

I was pleasantly surprised. Instant Family is not a fluff piece. Instead it delves into the dynamics involved in foster care and adoption on many levels and from multiple aspects, while also reminding us to keep our sense of humor.

Instant Family, which opens in theaters Friday, Nov. 16, is written and directed by Sean Anders, based on the true story of Sean and his wife adopting a sibling group of three from foster care in 2015.

In the film, Pete (Mark Wahlberg) and Ellie (Rose Byrne) decide to explore the world of children waiting in foster care for permanence as they think about becoming parents. They are quickly sucked in, in a good way. While they hope to provide a home for a child in need, it is clear they are picturing a young child. That changes quickly when they meet Lizzy (Isabel Moner), a 15-year-old who is in foster care as a result of her mother's drug addiction. Lizzy is wise beyond her years and steeped in teenage attitude. She also has a younger brother and sister, Juan (Gustavo Quiroz) and Lita (Julianna Gamiz), and the agency makes it clear they come as a package deal.

Pete and Ellie find themselves jumping in with both feet — but not as blindly as one might think from reading the one-line movie description on IMDb: "A couple find themselves in over their heads when they adopt three children."

The scenes of the parent preparation they receive at the agency (The Kinship Center in California) bring to life many of the issues those of us in the child welfare field know well — from the situations children and teens have faced that caused them to be removed from their families and the realities they face in foster care, to the naiveté of some prospective parents' initial motivations and ideas of adopting a child in need. Octavia Spencer is stellar as a social worker who doesn't pull any punches. She tells it like it is and keeps it real.

From Pete and Ellie's extended family — who at first play out many common fears that might in real life go unspoken, but then morph into support coming from the seemingly most unlikely sources, to the glimpses into the inner worlds of Lizzy, Juan and Lita after everything they have been through in their young lives — the film checks many of the boxes, promoting some stereotypes in the process but also raising awareness.

Maybe as a result of things being handled differently state by state, or to show more aspects of the story, the film has the paths more intertwined than they actually happen in real life, here in Ohio at least. The children have been in foster care for four years and although the agency is actively recruiting for adoptive parents for them, the siblings also still visit with their mother Brenda (Rosemary Dominguez) and the court contemplates reuniting them with her. It is clearly tragic for Lizzy when reuniting with her mother does not work out (not a spoiler as you knew the film was about adoption, right?).

I was pleased to see that the film clearly illustrates why it is so important that siblings stay together and connected through foster care and adoption. This was especially timely with legislation supported by Adoption Network Cleveland here in Ohio on that topic (Ohio House Bill 448 sponsored by Representatives Sarah LaTourette and Janine Boyd), that coincides with our ongoing HB 448 letter-writing campaign.

While of course taking some artistic license to entertain and condense a complex story into a 2-hour mainstream film, the team from Paramount Pictures clearly did their homework. They worked closely with professionals at The Kinship Center and results pay off.

Betsie Norris is the Founder and Executive Director of Adoption Network Cleveland.