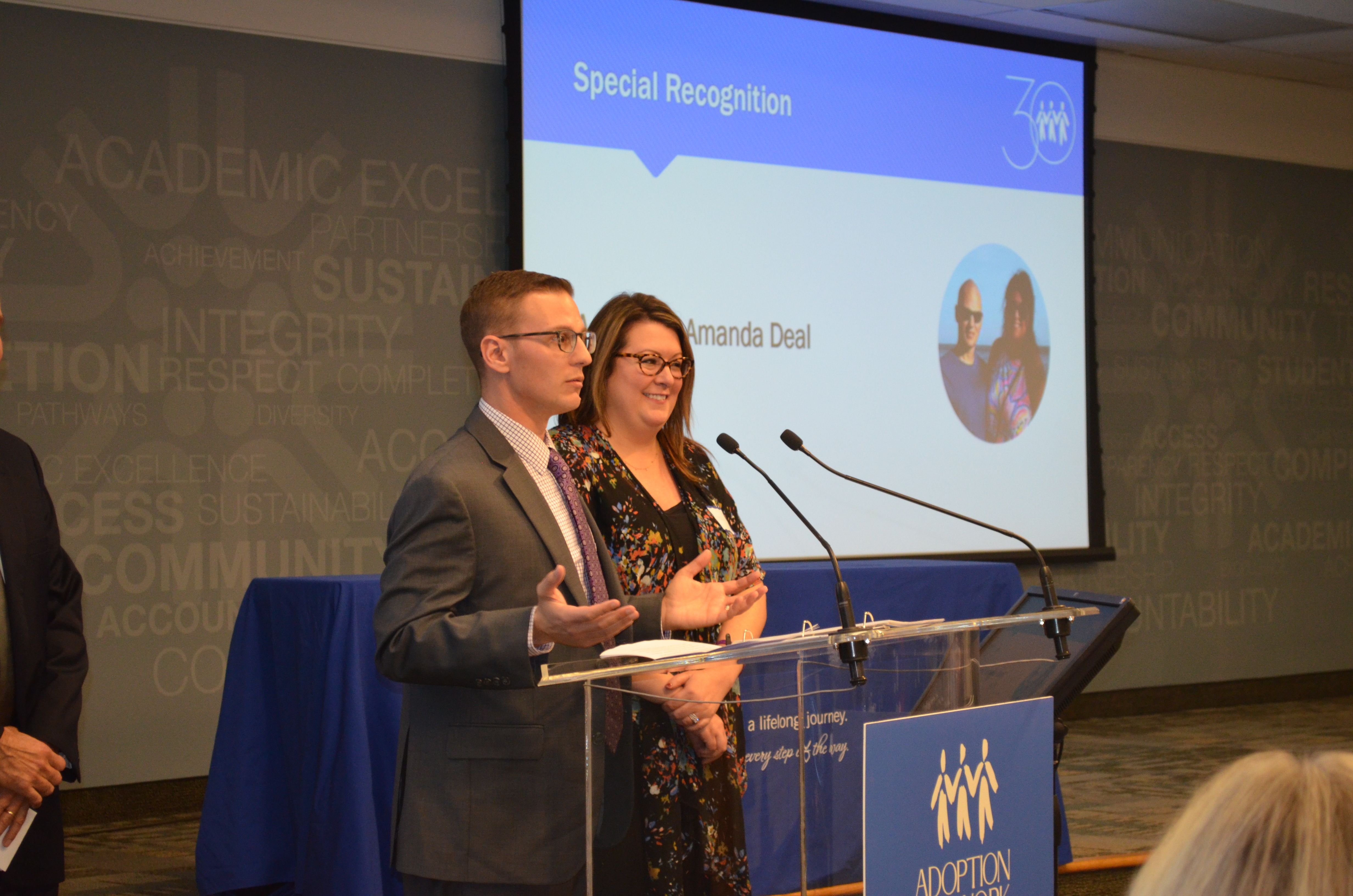 John Bonfiglio is a former board member of Adoption Network Cleveland, and he nominated Amanda and Adam Deal for Special Recognition at the 2018 Annual Meeting. John wrote this heartfelt nomination for the Deals.

Adam and I have always had a connection, as we were both adopted and often shared our thoughts and feelings over the whole “adoption thing”. Over the years I have been there as Adam “grew up” in his adult life – from being just out of college, to dating, to marrying Amanda and to Amanda and Adam becoming foster parents through Cuyahoga County’s foster care program.

They ultimately adopted two biological brothers, Shai and Able, out of the Cuyahoga county foster care program and they became a complete family all their own.

Their love and kindness for this act was in and of itself truly amazing and very neat to see and witness. It almost felt like the circle had been completed for Adam.

Then, last October, Adam was diagnosed with stage IV pancreatic cancer at age 33. Adam and Amanda also learned that the cancer had spread to his kidneys. Adam’s initial diagnosis was not a very good one. It was extremely frustrating as there was no medical family history from the biological family members he had found previously, there was no genetic indicator, and it just seemed there was nothing to explain how or why this happened. It seemed like the odds of this were the same as getting struck by lightning twice in the same spot.

But through all of this Amanda and Adam have remained strong over the last year, and their love for each other and their boys has carried them through the tough times as well as the good. I nominated them to be recognized by Adoption Network Cleveland and the broader adoption triad community as they are examples of what love, determination and a strong sense of family can do when times get tough for folks. I wanted them to be recognized as they are ordinary people that are doing extraordinary things on a daily basis —in my humble opinion. In short they are two of my personal heroes and after hearing their story I guarantee they will become one of yours.

It is my pleasure to nominate these two incredible parents for a Special Recognition award which recognizes them for all of their foster care and adoption efforts in light of the enormous personal challenges they have faced on a daily basis over the last year.

John Bonfiglio is a former board member and adoptee.