A Birthmother Shares Why She Remains a Member, 30+ Years Later 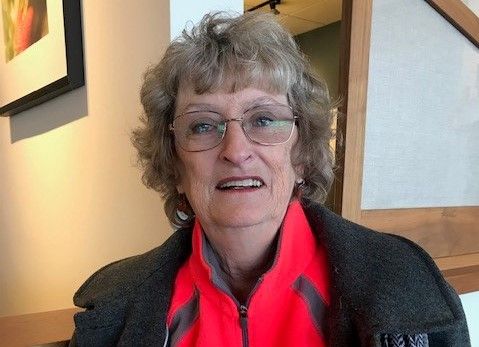 31 years ago, Linda was watching television and talk of an adoption conference caught her attention. She decided to attend, and it altered the course of her path in life.

At the conference in September 1988, Linda was shocked to hear other birthmothers share their experiences: “For people of my generation, it was a scandalous, shame-filled terrible thing, so you walked around with this inside yourself and you never told anybody, you never talked about it. And then all of a sudden, you found out there was a place you could go where there would be others – Other Birthmothers? There are OTHER birthmothers? Each of us thought we were the only person on Earth that this ever happened to.”

She had never entertained the idea of searching for her daughter, who she had placed for adoption 21 years prior. “The idea of searching was very radical and it had never occurred to me, ever. I didn’t think I had the right to search,” said Linda. “If my daughter wished to find me, I would have been happy, but I felt I should never search.”

At the conference, “Adoptees and birthparents all said the same thing. ‘No, I won’t search. I hope she searches, but I would never interfere’,” said Linda. “There you had this stalemate between birthparents and adoptees, with both saying they had no right to jump back into the life of that person. That was when I decided to search.”

The beginnings of the Adoption Network empowered Linda to search. After that founding conference Linda also sat on Adoption Network Cleveland’s early steering committee which eventually became the board of directors. At the beginning, “We would sit around my table and we would think about what the next plan would be. It slowly grew until it hit some critical mass and the Adoption Network took off, slowly,” Linda said. Three months in she sent her daughter a letter. Her daughter, she found, happened to live in the same town Linda grew up in.

When Linda reached out to her daughter, she received a call from the adoptive mother. “I called her back and she answered, and I’m telling you something happened to me instantaneously,” said Linda. “As soon as she was on the phone, I regressed to the disempowered, young birthmother that I had been and all that that entailed in my day . . . shame, guilt.”

Linda attended General Discussion Meetings for nearly four years, receiving consistent support through the beginnings of her relationship with her daughter, as she processed through the emotions that arose.

“At the meetings, and this is the beauty of it, you hear from other birthmothers which is a big support, but then you also hear from adoptees about how their lives were and how their feelings are about being treated this way or that way and then you hear from adoptive parents,” said Linda. “It’s a great all-around educational situation, but more than educational, it’s emotionally supportive for all three members of the triad. They all get education and they all get support.”

She has remained a supporter and member ever since, even through a 10-year period of living in Florida. “I had no need for support at that stage, but I always stayed a supporting member of the Adoption Network because it’s very meaningful to me. They helped me greatly, emotionally, to get through [the process]. The Network does outstanding work.”

“I keep coming back because of my belief in the cause and the work the Network does. I know how much work and good the organization does, so I want to support it,” said Linda.

Would you like to join us on this journey of supporting all who are impacted by adoption and foster care? You can make a difference by becoming a member at bit.ly/JoinANC or through contacting the Adoption Network Cleveland office at (216) 482-2316.