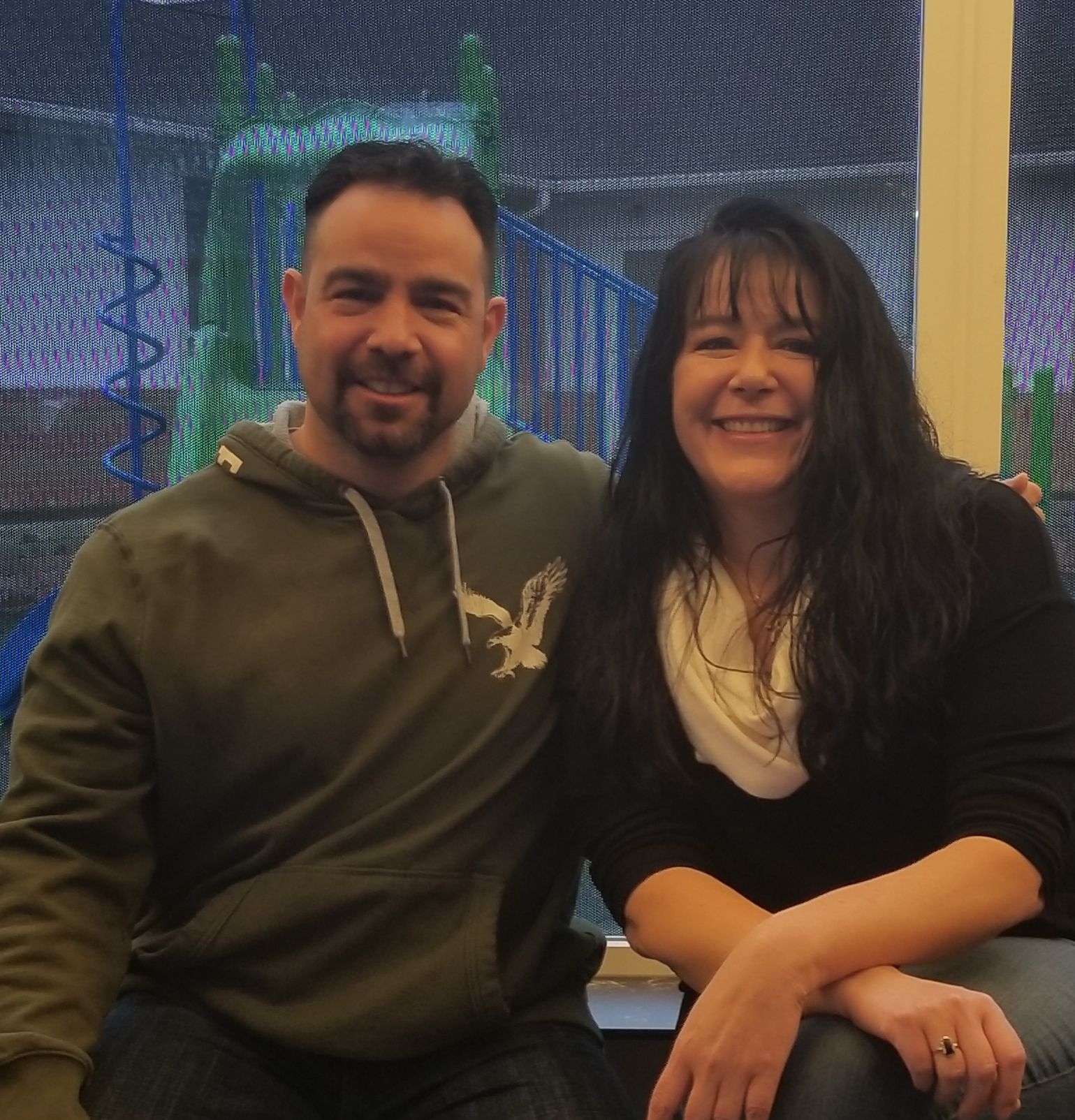 In 1988 I found Adoption Network Cleveland, however, in reality, I like to think that they found me - just when I needed them the most. I turned 18 just a year earlier and I could now start to search for my birthmother. I found myself sitting in Midway Mall, which was just a few miles away from the agency that handled my adoption. I felt like my birthmother must be in the area, that she was going to go shopping one day and I would see her. The need to find her consumed me and overtook my rational way of thinking. I called off work repeatedly to scan faces that walked by in the mall. I was eventually fired from my job due to all of the time that I missed. Jobless and feeling very alone, Adoption Network came into my life surrounding me with others that felt the same “need to know.” Leaders at the organization advised me to get the non-identifying information in my adoption file from the agency that handled my adoption, and I eagerly made the appointment. During that meeting, the caseworker showed me a white envelope and advised me that this was left for me by my birthmother a few years earlier—but that I had to petition the courts in order to receive it. My heart sank. But it also meant that she wanted to meet me too!

I went to an Adoption Network General Discussion meeting and shared my experience. Fellow members put me in touch with a news reporter who ran my story, sharing the injustice that I felt for not being able to receive the white envelope from my birthmother without petitioning the court. I also shared with the group the name I was able to see listed on the file, and with the guidance of an Adoption Network volunteer, was able to fill in the missing pieces I needed. I found my birthmother. Six days after the article ran in the Cleveland Plain Dealer, I took a copy of it, along with a friend’s phone number and placed it into a box of flowers. I walked up to the door that I hoped belonged to my birthmother. My legs shook and my voice cracked as I asked for her. I was told she wasn't there, but that they would get the flowers to her. I left, almost relieved. I drove to my friend's house and waited for what seemed like an eternity. We decided to go to dinner, and returned to two messages on my friend’s answering machine. "Hi, this is Stephanie. I received a box of flowers and this phone number and I'm not sure why. Please call me.” The next message was of a frantic voice that said "This is Stephanie again, I'm calling about my daughter Robin! Please call me!" I was so shaken and couldn't make that call myself! A friend made the call for me and within minutes we were in the car driving to my birthmother’s house.

I jumped into a relationship with my birthmother with both feet. Unfortunately, as with most things that are rushed into blindly, it came to an end as quickly as it started. I was a young woman that was in the process of gaining my own independence and found myself feeling that I had yet another parent to answer to. My lack of maturity and knowledge prevented me from establishing healthy boundaries for myself. I stopped going to Adoption Network meetings because I felt that since I found my birthmother, I didn’t need meetings. I pushed my feelings about adoption and reunion to the back of the closet in my mind and tried to ignore it. It festered like a bottle of shaken soda waiting to explode.

Fast forward 28 years later to when I received a Facebook friend request from a man who was also friends with one of my birthmother’s daughters. I remember thinking, “I don’t know him, maybe he hit the button by mistake.” Then a private message came through, "Hello Robin, my name is Sean. My biological mother's name was Stephanie and I believe she was yours too.” It was my half-brother that Stephanie had also relinquished for adoption. Tears ran down my face as I answered, “Hi Sean, this is your sister!” The message that I never thought I would get quickly turned into one exchange after another. Sean was able to obtain his original birth certificate after the 2013 Ohio Adoptee Access to Records Law was passed, and he was able to locate our birthmother’s family, which then led him to me.

Words can't describe the range of emotions that I had the day that I met Sean. Years of wondering and worry caused me to hug him so hard that he let out a soft yelp as I embraced him that first time. Looking at him was like looking at myself in male form. As we sat across the table from one another having breakfast, I stared at his cheeks, his chin line, even the moles on his arms that all resembled my own. I hadn’t recognized a resemblance in Stephanie nor her daughters, but THIS, this right here was what I had only dreamed of. I could see myself in someone other than my own children and it was NOT a coincidence. This was what other people have every day when they look into the eyes of their family members – I was 49 years old and finally, finally I got to share that feeling that so many take for granted. My heart was full and I felt instant love for a brother who was also a stranger to me. I can only compare it to the first time you see your children when they're born – overwhelming, instant, love at first site.

Sean and I requested our non-identifying information (now legally available to me) shortly after we met. I was unprepared for the flood of feelings that the letters left me with. Remembering Stephanie’s explanation of her life during the time Sean and I were surrendered and now seeing it years later in writing, made the bottle of shaken pop come out of the closet. It exploded and the contents (my adoption) came spewing out of me like a ruptured volcano. No matter how I put my hand over the lip of the bottle, it just kept coming out. Talking about being adopted spilled out of me like lava. In sharing this life changing event of meeting my brother, I was forced to think about my feelings of being adopted. I was left confused and at times angry. It must have been the divine intervention that the case worker included a passage at the end of the letter "I am including a web site address for the Adoption Network Cleveland, they have services that assist with search and reunions.” There they were, my old friends, the Adoption Network. My people. My friends who helped me on my journey at the start, right there on the page. I instantly went to the website and saw a familiar face in Betsie Norris, the executive director and founder of Adoption Network. I reached out to her and we met shortly after for dinner. I quickly, once again became a member of Adoption Network. I shared my story with Betsie and was assured that the range of emotions that were flooding me, forcing me to deal head on with my adoption were normal. I sought refuge in going to General Discussion meetings and gained knowledge in other triad members’ point of view. I have also gained more inner peace and emotional growth with the help of a private counselor.

Looking back, I had thought that meeting Stephanie was the end of my adoption journey, but it wasn't. It was part of my destination, but the road continues. Many, like myself will never "get over" being adopted, but with the help of others, we can begin a state of recovery and healing. I share my story for a few reasons. First and foremost, to thank Betsie and fellow Adoption Network members for their support as well as all their hard work to get the Ohio Adoptee Access to Records Law passed 6 years ago. I also want others to see what the bill passage did for me personally—it not only brought me a brother, but the impact of seeing my own original birth certificate gave me a sense of validation that I never thought I needed. Lastly, to let others know the importance of continued support and a reminder that you're never alone, we are your people.

Robin Zidek is an adoptee and a member of Adoption Network Cleveland.