A Decade of Dedication, John Bonfiglio 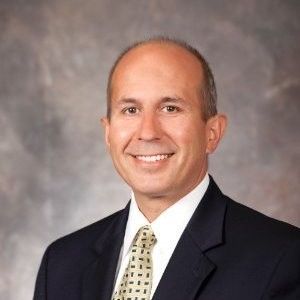 In the early 2000s John Bonfiglio discovered a hidden passion. His employer, a CPA firm, sponsored him to become involved in a community mentorship program. As he began filling out paperwork with the organization suggested by his firm, John mentioned that he is an adoptee. From there everything fell into place.

Through that organization, John learned about Adoption Network Cleveland—a growing, strategic, grassroots organization with a mission that spoke to his heart. John became involved and soon moved onto the Board of Directors where he served nearly ten years, many of which as the Treasurer. He says his favorite part of being on the Board of Directors was being a part of milestones that helped the organization grow. John clearly remembers the moments he felt he was able to make a difference, like working on our Adopt Cuyahoga’s Kids initiative and being a part of the original campaign to start an endowment fund.

John has remained an active donor and member for many years because he truly “believes in the organization and what’s being done.” Personally, he says the memory of Adoption Network Cleveland that he will always remember most is speaking with long-time staff member and now volunteer, Linda Bellini. She was invaluable in John’s search for his birthmother, and he will always remember her insightful coaching. He adds, “She asked me a very valid question that I never really anticipated…she said, ‘What do you want?’”, an important question to consider when beginning a search. That question helped him realize what he wanted to say when he reached out to his birthmother.

Thank you, John, for being a strong source of support for over fifteen years!

Our donors and members are truly partners in our work to meet the changing needs of the adoption, kinship and foster care communities. Please consider becoming or renewing your commitment as a donor today through a donation to Adoption Network Cleveland and help individuals, children and families flourish! Bit.ly/DonateANC