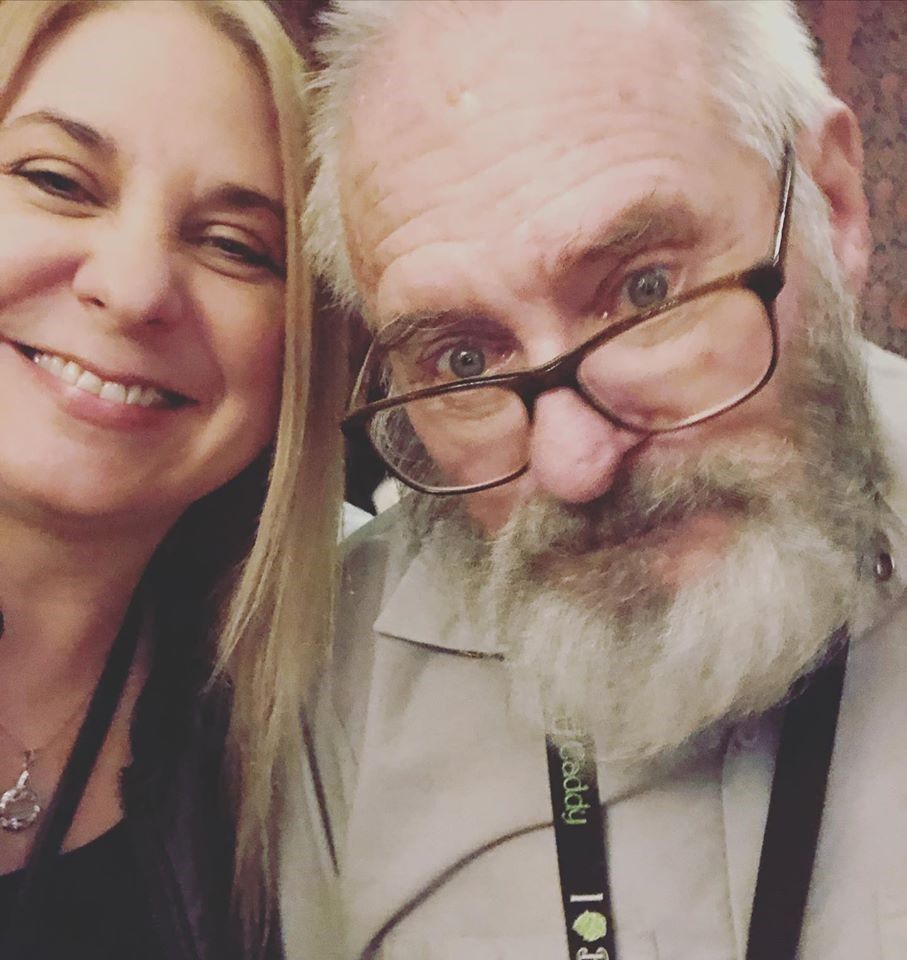 As a reunited adoptee, I became aware of my birthfather, Jack, through my birth mom, Linda, many years ago. But the truth of the matter is I wouldn’t have met Jack if it wasn’t for my husband, Paul. Paul passed away four years ago from a fast-moving cancer, but I'm forever grateful to him for giving me the gift of knowing my whole story and shaping my future.

When Paul and I were dating back in 2001, we attended an Adoption Network Cleveland event–I was active in the organization after I had found my birthmother in the 90s. On the drive home, he asked if I was interested in finding my birthfather. I explained that Linda had become pregnant at the end of their senior year at a school in Maryland, and her parents had whisked her away to a home for unwed mothers after their graduation–typical of the era. However, this meant that she never had the chance to tell Jack that she was pregnant–it was a boarding school, and they both went back to their own hometowns, and Jack went on to enlist in the Navy. I was hesitant to spring myself on someone who didn’t even know I existed. Linda was worried about how he would react to know she had become pregnant.

I shared the West Nottingham yearbook with Paul. I showed him the photos of Jack and Linda, where there was some personal information about his hometown, etc. Fast forward to several weeks later. I was out on a date with Paul, and he slid a piece of paper over to me and said, “I need to share this with you.” I was a little afraid of what it might be–I truly had no idea.

That piece of paper was printed from a page from a McAuliffe genealogy website. Paul had gone ahead (without telling me) and posted an inquiry saying he was looking for a Jack McAuliffe who had attended West Nottingham and graduated in ’63–with a few other personal details. There was a response. It was from Jack’s sister Cathy, and it said, “That’s my brother–who should I say is looking for him?” WOW.

Paul told me that if he had a child out there in the world, he would want to know about it–and that was why he went ahead and looked for Jack for me–he admitted he might have overstepped, but my reaction–I was overjoyed–was what he was hoping for. He knew in my heart of hearts I wanted to know about my birthfather. (I had a wonderful adoptive father, Bob Mills, who died when I was 24.) So Paul and I went back to his apartment immediately, and composed an email to my Aunt Cathy, explaining who I was and why I was seeking Jack. She completely got where I was coming from–it turned out she became a birthmother herself in the 60s. Another WOW.

That is the very short version of what has become a much longer story. The McAuliffe clan welcomed me into their family. It turned out Jack was well known as the "father of craft beer" – he had the very first post-Prohibition brewery in the United States, New Albion Brewing Company. Cathy was looking up information about that on the internet when she came across Paul's post.

Paul and I were married about a year or so later, and my Aunt Cathy was there. Linda walked me down the aisle with my adoptive mom, Mary Ann. Our wedding was a real circle of life moment for me–and Jack and Linda actually talked on the phone that night–30+ years since the last time they had spoken. Linda has since passed away, but I'm glad they had that moment to reconnect.

Since then, Jack and I began going to beer festivals together and bonded over the beer stories. I have since been brewing some of his original recipes with other breweries! Also, I started a blog called The Brewer's Daughter (www.brewersdaughter.com).  And just this past November, Jack was installed in the Smithsonian Institution's Museum of American History, in the same hall where you'll find Julia Child's kitchen--as part of a brewing history exhibit! I brought my children to Washington, D.C., and we celebrated the opening with Jack–and it’s all because Paul took a risk he knew I’d want to take. And that is the story of how I became The Brewer's Daughter. Cheers!

Renée M. DeLuca is an adoptee and has been an active participant in many Adoption Network Cleveland programs.