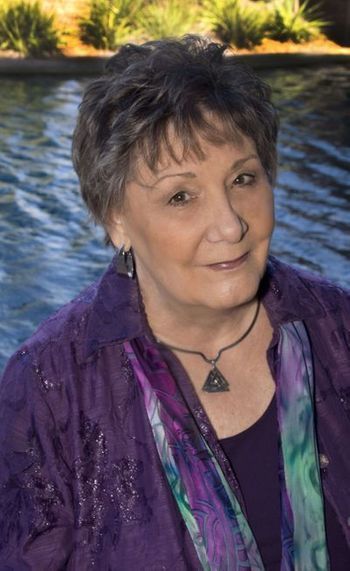 The year was 1963; I had just turned 15 in June. The new school year was in full swing in the small town in Ohio, where I lived with my mother, father, and three younger siblings. I had been attending this school since kindergarten.

I was now a sophomore in high school with a class size of fewer than 100 students. In those days, the popular girls were smart or cheerleaders, or they were on the drill team or were just the pretty girls. I was not one of them. I was just barely five feet tall, with unruly brown hair, and was painfully shy. When I was three years old, I started dance classes, which was a creative outlet. When the opportunity came to try out for the drill team, I took it. When I got chosen to be on the drill team, it put me in the “in-crowd.” Dancing was something that I felt good at, and being on the drill team allowed me to express that while performing at the football games. Being on the drill team gave me a sense of accomplishment and acceptance.

That year, a new boy enrolled in school. He was somewhat of a mystery because he never really shared with anyone why his family had moved to town from Kentucky. He was good-looking, tall, with curly blond hair and blue eyes. He quickly became a part of the in-crowd and the object of attention with the popular girls.

The fall dance was coming up in October. I had never had a date. So, when the new boy asked me if I wanted to go to the dance, I was beyond surprised. He was a year older than me and was already driving. To my surprise, when I asked my parents if I could go, they said yes. On the Saturday night of the dance, he picked me up at my home. Of course, he had to come to the door so that both my parents could meet him to “give their approval.”

I now understood what the term “giddy like a schoolgirl” meant. My stomach was churning with excitement as we entered the gymnasium at the school decorated in brilliant fall colors. And, when the popular girls saw me walk in with him, they were visibly surprised. We had a wonderful evening, and I was dancing on cloud nine.

He drove me home and, to my surprise, he wanted to kiss me. Well, that kiss led to more kissing, which led to making out, which led to “doing it.” I didn’t know I was doing anything wrong! Yes, first date, first kiss, and first time doing it! Looking back, I now know that my mother never gave me the “talk.” You know, the one about sex and how you get pregnant.

Six weeks pass by, and he and I have had a few other dates. We are now into Christmas break from school. It is the Sunday after Christmas, and my mother asks me if I have let him touch me? I ask her what she means, and she then explains in detail. She realized that I had not had my period. My mother became enraged—at me! “How could you do that?” she yelled.

The next thing I knew, she had called our family doctor at home. He told her to bring me to his office, and he would meet us there to examine me. I had never had “that” exam before and didn’t know what was happening. After the exam, he told her I was about six weeks pregnant. I don’t remember a lot of what happened after that. I do remember my mother was furious at me.

When we arrived back home, she and my father sat down with me, and they decided that the boy and I had to get married because they did not want an illegitimate grandchild. Their anger, again at me, was frightening.

My parents and the boy’s parents decided to go to the county courthouse and be married by a judge. There was no wedding.

We went back to school on a Monday after Christmas break, and on Tuesday, my parents, the boy’s parents, and he and I all went to the county courthouse. The marriage performed now ensured this baby would be “legitimate.”

I went back to school the next day and called into the Principal’s office. He asked two questions: “Are you pregnant?” and “Did you get married yesterday?” Of course, I answered honestly. He then said that I had to leave school immediately. Remember, this was now January 1964. Things were very different back then, especially in small-town America. By the way, the boy did not have to leave school. I never saw the boy after that day at the courthouse when we “got married.”

The choice my parents gave me was that if I kept the baby, it would not be my child but brought up as my brother or sister. Somehow, I knew I was unable to do that.

Ironically, my parents put me in a home for unwed mothers (I was legally married). This place was like a prison. For example, the only phone we were given access to was a wooden phone booth chained and padlocked after 6:00 pm every night.

Because of the decision to either give up or keep my baby, manipulated by my parents’ demand, I chose to give up what would become my only child. The ultimate sacrifice of love is to surrender your child.

I never knew if I had a boy or a girl. My decision, the only one I was allowed to make, was that if I was to surrender my child to adoption, I could not see my baby or know the gender of my baby. It would be the hardest decision of my life.

Surrendering my son was the real sacrifice for love.

Sandy Rogers lives in Phoenix, Arizona, and her peers know her in the holistic, spiritual, and metaphysical business arena as the Referral Queen. She provides consulting and promotes businesses, events, and products. Sandy is a birth mother who surrendered her only child to adoption in 1964. She is an advocate for adoption reform and, in 1985, helped create new law in Kentucky that allowed adult adoptees to petition the courts for their original birth certificates. In 2020, she testified in the Arizona Legislature for similar law changes. Sandy is the publisher and holds the copyright to the book, "The 5 Year Journal" (The5YearJournal.com). She is a contributing author in the book "Love Meets Life" and is currently seeking other women of all ages to contribute to a new compilation book titled "Wisdom of the Silver Sisters, Guiding Grace" that she is publishing. Visit WisdomOfTheSilverSisters.com for details. You can contact her by email at Sandy@AskSandyRogers.com