Reflections on a Life-Long Journey 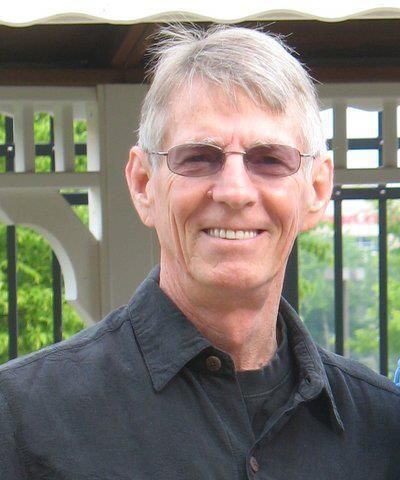 The organization and I have grown, transformed, and been a part of each other since 1992,” remarked Estes Turner, an adult adoptee and dedicated Adoption Network Cleveland General Discussion Meeting facilitator.

Estes was adopted a few days after his birth through a closed, private adoption. As young as six years old, he started asking his adoptive parents questions concerning his birth parents. After receiving a lot of “I don’t know” answers, Estes eventually decided to stop asking.

This avoidance served as a coping mechanism until Estes was 46, and suddenly the weight of carrying this burden alone became too much to bear. He and his wife decided to see a therapist, who as an adoptive mother herself, introduced Estes to the idea of “adoption issues” and referred him to Adoption Network Cleveland’s General Discussion Meetings.

Estes described his experience at his first General Discussion Meeting, reflecting “For the first time ever, I was with people who really knew what I was going through.” He deeply empathized with other adult adoptees’ feelings and developed a deeper understanding of both adoptive and birth parents’ perspectives.

After two years of attending therapy and General Discussion Meetings, Estes felt emotionally prepared to search for his birth family. In 1994, when Estes started his search, there were little to no internet resources that could help him, so he sifted through phone books and paper birth records for information. Hoping for a breakthrough, Estes booked a family trip to his birthplace, Abilene, TX.

Adoption Network Cleveland worked with Estes to navigate the initial contact with his birth mother, helping him prepare a script to say on the phone. Nervously shaking, he dialed the number, and delivered the script. His birth mother confirmed their relationship and confessed that she had kept his birth a secret for her whole life.

The two communicated through letters for a few months and made plans to meet in person on Estes’s birthday. In preparation, she revealed the existence of Estes to her husband and three other children, ending her secrecy and signaling her desire to reunite with her son. “I’ve never seen you, I’ve never held you, but now that you’re in my life, I need to come get you,” Estes’s birth mother told him.

On his 48th birthday, his birth mother flew to Cleveland and they established a beautifully close relationship for the next 18 years until her passing in 2012. To this day, Estes still maintains a bond with his three half siblings and their children. Acknowledging the difficulties of reuniting with one’s birth family, Estes is extremely thankful for his successful reunion. “My search was about showing that I love her and forgave her. I got a lot more out of it than I would’ve ever imagined,” he expressed.

During their time together, Estes’s birth mother pointed out a clerical error on his birth certificate, a misspelling of his birth father’s name which explained the difficulty in searching for him. Once Estes identified and located his birth father, he wrote him a letter that was unfortunately never read as it was sent a month before his birth father’s death in 1995. “He died not knowing I was trying to find him,” Estes lamented.

More recently, in 2010, Estes was able to find and create a relationship with his birth father’s two children. They were found on Facebook. “I’ve experienced combing through public records and the Whitepages way of searching and now the Facebook way,” Estes commented, noting how the search process has drastically changed with the development of the internet and social media.

Throughout his search and connection with his birth family, Estes has remained heavily involved with Adoption Network Cleveland, serving on the board for five years, acting as co-facilitator of General Discussion Meetings since 1996, and volunteering in a multitude of ways.

After being a co-facilitator of General Discussion Meetings for 25 years, Estes understands how valuable it is to create a safe and nurturing space where people feel like they belong. “It is good to see people being vulnerable and real, it means everything to me. People say things at these meetings that they’ve never said in their lives before,” he explained.

The COVID-19 pandemic has necessitated General Discussion Meetings be conducted virtually, but Estes and his co-facilitator Dottie see this change as a positive one. “It gives people all over the world the opportunity to have the experience I did almost 30 years ago; we have people attending from New York to Honolulu!” Estes exclaimed. Dottie and Estes would like to keep their meeting virtual even after the pandemic to encourage this nationwide connection.

Adoption Network Cleveland is lucky to have grown and transformed with Estes on his lifelong journey with adoption. You can join Estes and Dottie’s General Discussion Meeting every third Thursday of the month from 7-9 PM ET.

Are you at a place on your journey where you are considering searching for birth family? Adoption Network Cleveland has successfully helped thousands of adult adoptees, birth parents, siblings, and extended families find one another. Our assistance includes providing information on public records, search techniques, guidance, and emotional support throughout your search and beyond. Find out more about our Search Assistance program, a holistic, inclusive approach that is respectful of all parties involved.