Celebrating PRIDE and Raising Awareness:  Creating an Affirming Home for Youth, An Interview with Grey Hilliard-Koshinsky 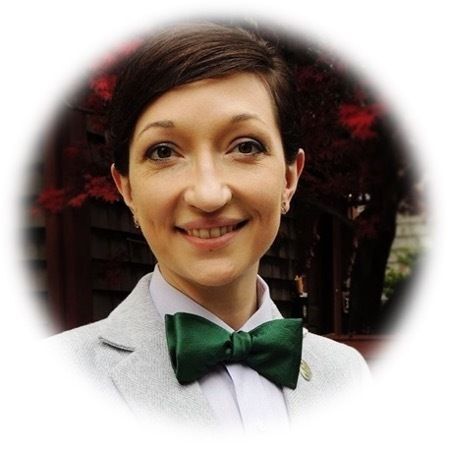 During the 1950s through the 1960s, homosexuality and gender non-conformity were illegal in 49 states and criminally punishable by fines up to imprisonment. This societal view propagated violence and discrimination against members of the “LGBTQ” community. While there were few refuges for those who were gay, the Stonewall Inn located in New York served as a safe haven. After years of discrimination, during an invasion by the police in the late 1960s of the Stonewall Inn, a protest turned into a riot as individuals were no longer willing to be victimized for living authentically. The riots were a pivotal turning point for the movement for LGBTQ+ equality in society at large. In 1970, one year after the riots, the first gay pride parade publicly celebrated and affirmed the gay community.

Despite the progress that has been made in the last 50 years, youth who identify as LGBTQ+ still experience the harsh realities of discrimination, violence, and harassment. While home is meant to be a safe haven, surrounded by the comfort of loved ones, for many youth who come out to their families, they still experience discrimination. Such negative responses to coming out can negatively impact a youth’s physical and mental well-being. According to a survey conducted by the Trevor Project, 29% of “LGBTQ” youth have been homeless, kicked out, or ran away in order to find refuge. In addition, 45% of youth who identified as “LGBTQ” seriously considered attempting suicide.

Grey Hilliard-Koshinsky (they, them, theirs), former foster youth, adopted person, and child welfare professional, emphasizes that, “foster care is a microcosm of all of the -isms and -obias in larger society.” Although LGBTQ+ children living in their biological homes are subject to societal discrimination, the stakes are higher for those who are in ‘out of home placements’ such as foster homes, kinship care, group care, guardianship or are adopted. LGBTQ+ youth who have been in foster care have a nearly four times greater odds of experiencing multiple placements, “abandonment, or running away” due to discrimination and lack of an affirming environment. In order to create safety for youth in ‘foster care’, it is imperative that adoptive, foster, kinship, and other caregivers are knowledgeable, willing to learn, and eager to create an affirming home. This education of caregivers is critical because the community of youth in foster care is disproportionately comprised of queer youth. According to a survey released in 2021 of youth living in foster care in Cuyahoga County, 32 percent of the participants identified as LGBTQ+. In comparison, only 11.2 percent of the general population of American youth identified as “LGB or unsure.”

Books: “Now That You Know: A Parents' Guide to Understanding Their Gay and Lesbian Children”