The Baby Thief: The Influence of a Criminal on American Adoption 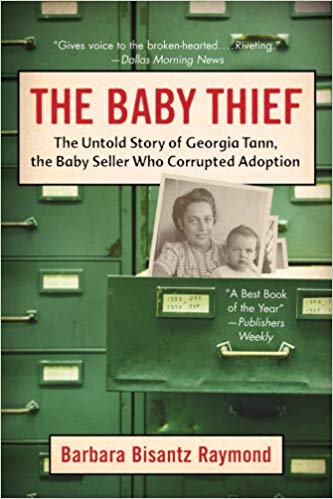 For twenty-six years, Georgia Tann was nationally lauded for her work at her orphanage beginning in 1924 in Memphis, Tennessee. In reality, she was stealing children from poor parents and placing them with wealthy adoptive parents all across the country. To cover up her kidnapping crimes, she falsified adoptees' birth certificates, sealing their true ones and issuing false ones portraying their adoptive parents as their birth parents. Eventually, every state in the nation began falsifying adoptee birth certificates, making it impossible for many to find their birth families or learn their health histories. Barbara Raymond, author of The Baby Thief and adoptive mother, will discuss Tann's influence on American adoption. Betsie Norris, an adoptee and Founder and Director of Adoption Network Cleveland, will recount her 25-year successful campaign to open original birth certificates to people adopted in Ohio, freeing them from one of Tann's most nefarious influences.

Adoption Network Cleveland members are able to attend for free, contact Rachel at Rachel.Murar@adoptionnetwork.org or (216) 482-2309 to register. Non-members can register through the Siegal Lifelong Learning Center website listed below.